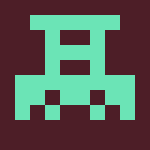 Recently I used a lot UV Squares, true time saving. And the other one is already inside of Blender but I like it so much : Texture Atlas

Thx Quentin for sharing about about “Retopo Mt” , great tool !

Yeah PBR isn’t new Pixar have used it for years with renderman but for video games as David says it’s kinda new. I’ll try ti explain as much as I can but it could be incomplete for some points :

In the past with PS3 and Xbox 360, most of the engines and pipeline did not include PBR. Video games companies built their own engine maybe 10 or 11 years from today  (1 or 2 years before xbox360 and PS3 launch) it was kinda new at this time and there were so few tools to help artists and developpers to actualy speed up their workflow. Back to 2010 something like that, some Japanese video games companies built their own engine with PBR included but the console was”dying” and a new one was on the way, so few companies build a  new engine due to the high cost and they focused on a new engine for PS4 and XboxOne instead which appeared 2 years ago.

Basicaly it makes life easier for artist to build assets without making any post prod if you change the light of a scene at any time.

Quick exemple, before if I wanted to build let’s say a ammo crate and import it to my scene, I had to colorize my texture depending of the light to fit perfectly with others asset. If it was for a daytime environement and the artistic director said “the scene will be better for a night time “, you were screwed-up because you had to give to your texture a blueish ambient to fit perfectly with the scene and if you wanted to re-use your crate for an other environement you could see visualy a strange behaviour depending of the time of your scene. And let’s say someone else worked on an other asset you could see the difference between the 2 if the lighting values in the texture weren’t the same or close from each other.

Now with PBR you can build any asset you want and it fits immediatly with any lights so you don’t have to re-works your texture to fit with the scene and it makes that scene more credible and realistic in every way. You spent less time on the texturing for video games and you can focus on your own work and not be dependant of your collegues to  achieve the same result. And right now there are more and more tools that helps indies or small companies to get a pretty  good result. Even Unreal Engine 4  and Unity 5 integrate  PBR which kinda popularised the workflow.

I’ll there as well with my laptop 🙂

That’s huge step allowing the community to grow even more, and if the auto-update is true, count me in to use steam for blender ! 😀

Thank you David for the hint, maybe changes are on the way sooner than I expected :).

Got my ticket too 🙂

Hey guys, if you are looking for some alphas be sure to check those two websites :

http://pixologic.com/zbrush/downloadcenter/alpha/
http://www.badking.com.au/ (lots of freebies for zbrush too)
And you can find a bolt alpha package on Eat3d’s forum : http://eat3d.com/forum/tips-tricks-and-free-videos/110-free-custom-bolt-alphas

Hey guys, if you are looking for a good referance for a human face, there it’s :

I would like to join this event (first bbug event too).
I can bring my laptop and my wacom tablet with me.
Thanks
Viewing 12 posts - 1 through 12 (of 12 total)